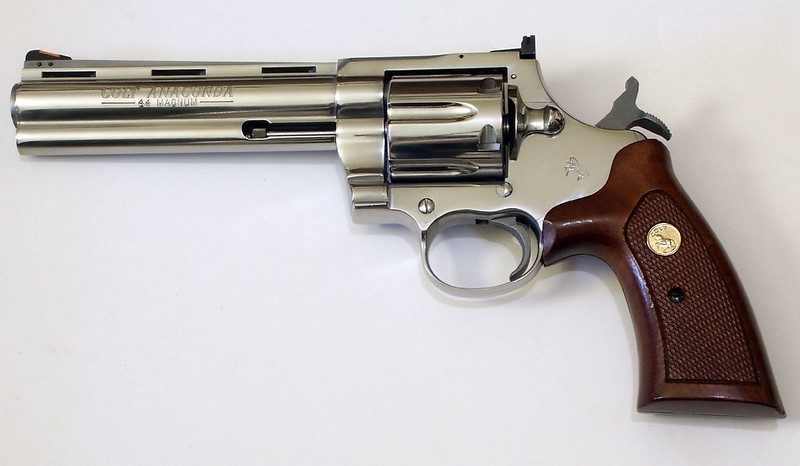 There are a large number of weapons made for self defense. It’s important that you own one so you can come out a winner when SHTF. However, let us remind you that not all guns are made for the same purpose.

If you want to get out of trouble and protect yourself and your family, then you need to get your hands on the right gun. Unfortunately, a lot of manufacturers often market guns for SHTF but they may not be suitable for all situations.

We’re going to bust the myth and introduce you to five popular weapons that may not be best for SHTF.

Let’s have a look:

Even though overly large revolvers are very powerful, they are predominantly meant for outdoor hunting and are inappropriate for indoor use or home defense.

For one, they are excessively loud and can damage hearing. Also, owing to their size they can be hard to handle in rapid-fire scenarios and difficult to recoil.

Apart from that, the increased muzzle and flash blast can also blind you, especially in poor light conditions.

Finally, they may not be suitable for indoor use as they are very powerful. While they may be successful in taking someone down, there may be collateral damage as the bullets may damage your property or harm others in the situation.

Within this category, you’ll find a number of guns such as the .454 Casull, the .44 Magnum, and the .5 Smith and Wesson Magnum just to name a few. These are great guns but not made for situations when you want to quickly get out of trouble and defend yourself.

You’d be better off with a medium to small framed revolver such as a .35 caliber or a 9mm revolver.

As the name suggests, these weapons are good but fail indoors.

The problem with this firearm is its long barrel, which can make it difficult to use it when you’re in a hurry.  You will need to manually eject used casings after pulling the trigger every time.

This can put unnecessary pressure on you and lead to harm.

Finally, they can be dangerous as they may over penetrate your target. Also, they can produce too much noise and flash which may cause you harm.

They are slow to reload; another weak point of these firearms is that you will need to remove empty shell casings once spent. Other than that, you’ll need to manually cock the hammer before every single pull of the trigger.

This is enough to show why they may not be suitable for situations that require immediate action.

Another class of guns that aren’t suitable for a SHTF scenario is the humble pocket pistol.

To begin with, it does not have much power. Simply put, these are small guns made to fit right into your pocket.

Some people might find them useful as a backup firearm or even as a concealed weapon but they won’t be of much use in a SHTF full blown scenario.

You’ll find a number of guns in this category such as the Kel-Tec P-32 or the Ruger LCP, each one with a short range, high recoil.

We suggest that you choose a semi-automatic over a pocket pistol.

Military surplus guns are weapons that belong to the World War era. They are cheap but not suitable for SHTF.

These were designed for battlefields. They’re not made for use indoors or in situations where you need to be quick and aggressive.

Secondly, you might find that they aren’t the most reliable of guns in most cases and will certainly have a number of disadvantages when compared to more modern weapons. Weapon technology has advanced and progressed since and we have a lot of better options at our disposal today.

However, it is worth mentioning that if you’re on a tight budget and need to defend an open place it might be worth getting one of these till you are able to afford a modern weapon.

So What is The Best SHTF Gun?

Some people have clear thoughts on the best STHF gun for preppers to own is.

Although choosing guns and pistols is a personal choice and each person will have their own input and preference, we do find semi automatics – both rifles and pistols – or even pump action shotguns to be an ideal choice for home defense.

Also, a shotgun or even a rifle can double as a hunting weapon when you’re out and about, making it a good option if you want a weapon that offers both.